skip to main | skip to sidebar

Today marks 28 years since I lost my little brother.  So I offer this memory of him (I’ve posted this before).

When we were kids Lee could be conned into anything. Regardless of how dumb or dangerous it was, he could be convinced that he could do it.

Near our home was a huge empty field.  We often rode our various bikes up there and used abandoned construction materials to build ramps that we then would jump our bikes over.

On one particular day, when I was 13 and Lee was 11, he and I, along with two friends, built just such a ramp.  It was enormous.  We took trash cans and laid them down in a line at the end of the ramp and proceeded to ride with great fury up the ramp and leap the trash cans.  The first couple of cans we took turns, each of us making our approach and flying over the obstacles.  As more cans were added the difficulty increased and the threat to life and limb became more daunting.  Eventually all of us but Lee bowed out.  He was not dissuaded.

On his attempt at five cans he barely cleared the last one.  As we cheered his landing he rode back to us and said that was it - he was done.  But we wanted one more can.  We coaxed and cajoled him - “You can do one more, c’mon, try it.”  Finally, he was convinced.

We laid the sixth can out at the end of the line.  He walked up and down those cans, mentally measuring the distance.  He climbed on his bike, a beater of a thing made of equal parts heavy beach cruiser and chopper handlebars, and rode half a block away.  He turned the bike and stared at the ramp.  As we yelled, “let’s go, let’s go,” he began to pedal madly.  It seemed to take forever for him to get to us, but once he did he was flying.  He hit the ramp and launched at the top like a rocket.  We gasped.  As he cleared the obstacles his rear wheel clipped the end of the last can.  That shortage was his disaster.  He became Knievel at Caesar’s Palace - he and the bike tumbling as one, head over heels, like a ragdoll. He came to a stop in a cloud of dust.

We raced over to him and pulled him from the wreckage - the bike frame had split in two.  Blood dripped from his nose and knees and elbows.  Tears streamed down his cheeks, mixing with dirt and blood.  He stood there crying, looking at the broken bike, and the ramp, and that last evil can.  And then he looked at me.  Without saying a word he began limping away, toward home.

Panic set in for me.  He would walk in the house, explain to our parents what had happened and I would be dead (my only thought at that moment was how much trouble I would be in.)  I yelled after him, “Lee! Lee!’  He ignored my calls.  “Lee,” I screamed, “Where are you going?!”

He stopped and turned.  He wiped the bloody snot from his nose, and through his tears he said with a fierce determination, “To get the other bike.”

And he jumped that last can.

And that was my little brother.
Posted by arlopop at 2:22 PM 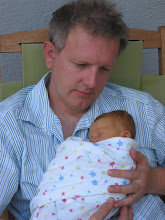 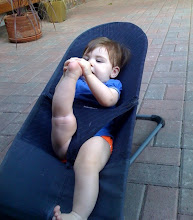 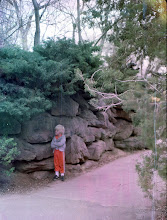